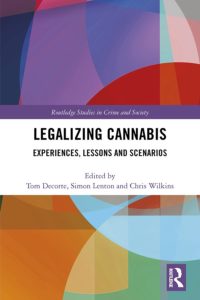 Marijuana is the most widely used illegal drug in the world. Over the past couple of decades, several Western jurisdictions have seen reforms in, or changes to, the way cannabis use is being controlled, departing from traditional approaches of criminal prohibition that have dominated cannabis use control regimes for most of the twentieth century. While reform is stalled at the international level, the last decade has seen an acceleration of legislative and regulatory reforms at the local and national levels, with countries no longer willing to bear the human and financial costs of prohibitive policies. Furthermore, legalization models have been implemented in US states, Canada and Uruguay, and are being debated in a number of other countries. These models are providing the world with unique pilot programs from which to study and learn.

This book assembles an international who’s who of cannabis scholars who bring together the best available evidence and expertise to address questions such as: How should we evaluate the models of cannabis legalization as they have been implemented in several jurisdictions in the past few years? Which scenarios for future cannabis legalization have been developed elsewhere, and how similar/different are they from the models already implemented? What lessons from the successes and failures experienced with the regulation of other psychoactive substances (such as alcohol, tobacco, pharmaceuticals and “legal highs”) can be translated to the effective regulation of cannabis markets?

This book may appeal to anyone interested in public health policies and drug policy reform and offers relevant insights for stakeholders in any other country where academic, societal or political evaluations of current cannabis policies (and even broader: current drug policies) are a subject of debate.