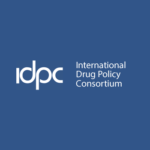 5th March 2019 (Vienna, Austria) – Today, the International Narcotics Control Board (INCB) – the UN watchdog on compliance with the international drug control conventions – has released its latest position on cannabis which largely warns against ‘medical cannabis’ rather than welcoming the many advances in the therapeutic applications of the plant.

The INCB’s hawkish position on cannabis, released as part of its Annual Report, comes at a pivotal moment for policy reforms. Forty-eight countries allow access to medicinal cannabis, while countries such as Canada, Uruguay and the USA (at state level) allow recreational cannabis use.  Others are following suit, with plans announced for such moves in Mexico, New Zealand and Luxembourg. Rather than engaging constructively with these accelerating developments and offering forward-looking solutions on how improve systems for medical cannabis access, the INCB chooses to stick closely to the prohibitionist hymn sheet and admonish countries that have allowed less strict medical regimes, arguing that these have paved the way for ‘non-medical’ or recreational use.

In addition, the Board makes a highly questionable exception for “pharmaceutical-quality cannabinoids”, which it says should “be approved for clearly defined medical uses by the country’s pharmaceutical regulatory system” but continues to essentially demonise other medical cannabis products and downplay their therapeutic and medical usefulness. In this way, the INCB privileges pharmaceutical control of the medical cannabis industry and side lines traditional medicinal practices, herbal products from small farmers as well as patients who would prefer to grow their own plants.

Ann Fordham, Executive Director of the International Drug Policy Consortium, said: “The INCB has taken a misguided position in their ongoing attempt to stifle reforms. They fear that welcoming the medical use of cannabis might further strengthen the trend towards regulation, including for non-medical purposes. But their position that medical use should be strictly limited to pharmaceutical cannabinoids, in fact may pave the way for powerful corporate interests to control the cannabis market – something that advocates from both ends of the ideological debate on drugs have long warned against. It is unfortunate that precisely at a time when leadership, guidance and constructive dialogue are most needed with regard to cannabis policy, the INCB has opted to keep their heads in the sand.”

Next week, UN member states will meet in Vienna at the Commission on Narcotic Drugs to chart the way forward on international drug policy, without evaluating progress against the current 10-year UN strategy or acknowledging recent policy developments on the ground. With this latest position on cannabis, the INCB remains part of an increasingly outdated and ineffective drug control system that can no longer deal with the rapidly changing global drug market. The trend towards cannabis reforms for both medical and recreational use is only set to accelerate. To remain relevant, INCB would do well to support governments to negotiate this new terrain rather than seeking to stall and undermine developments in cannabis legislation.